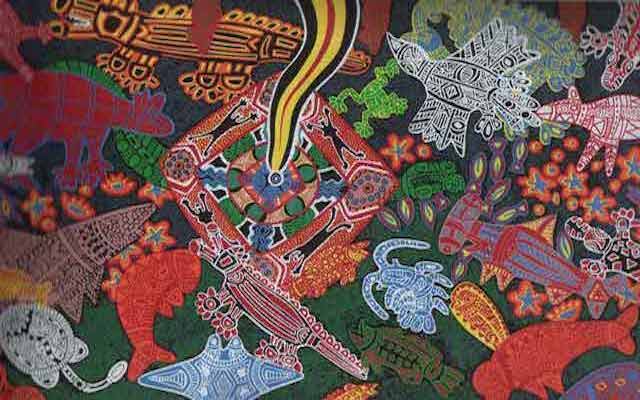 Art of the Buddha

Column of the Americas

Dance to Heal the Earth

Honor – Respect for Our Elders

Legends of the Columbia

Rediscovering What Has Always Been There

Time in a Disappearing World

Voice of the Taíno People

To translate this entire site, please click here:
Other Languages

Rene Caisse, Canada’s Cancer Nurse
and the History of Essiac

Time and Music in a
Disappearing World

The EverZine
T.R.E.A.T.Y.
Total Immersion School
Tuscarora and Six Nations Websites
Universe and Beyond>
Walkingstick of the Cherokee

Where All the Navajos Go
(navajos.org)

Medicine Trail: The Life and Lessons of Gladys Tantaquidgeon
by Melissa Jayne Fawcett

Sandtraks is an Australian production house with a focus
on education celebrating Indigenous culture.

WHAT IS THE DEFINITION OF A TRUE NATIVE AMERICAN?

Recently I read the American Heritage Magazine (July-August 1998) article on the “New Indian Country.” The article mentions our revolts various nations have made over the many white men – and Native caused issues. Without saying so, it makes us out to be an Indian raiding party mindlessly killing homesteaders from a John Ford movie.

And that made me wonder…

“What does being Native American mean?”

To me it isn’t just going to pow wows, watching the dancers, wearing buckskin dresses and letting the steady drum beat restart my heart, my soul. It’s more.

Most Indians today wear the white clothing of JC Penny and not our Native ribbon shirts and calico dresses.

“Being Indian is not just what clothes are being worn or not worn.”

I speak to my blood Shoshoni grandmother Annie Yellow Hawk every day even though we burned her body atop an ancient burial scaffold 36 years ago. Then, in 1960, she was 100 years old.

Still, being Indian is more.

Daily my prayers are made before a 150-year-old buffalo medicine skull, and my words are by the Creator.

“I know the Creator is in my heart, my spirit.”

Although I am Shoshoni, I was raised on the Nez Perce rez. Besides my real grandmother, five Nez Perce grandmothers also raised me. Their teachings are with me now.

Today, totally disabled, I live in the Megalopolis of Denver and not on the reservation. I walk between the white and red worlds as we all do.

Being Indian is more!

The white culture sees us with a bit of awe, sheathed in leather and eagle feathers, as something from the not so recent past. We see ourselves in limbo not knowing where to stand:

by the graves of our ancestors or wearing suit and tie in some corporate meeting.

And, if at the meeting, are we red, or are we white?

To me being Native American is more than feathers, reservations, buffalo skulls, bear claws, belief in the spirit world of the sky walkers, red or white, being raised by grandmothers, clans, old beliefs and pow wows.

I am a living being raised from the red clay of     Mother Earth.

“Her spirit is in my breast. Her breath, in my lungs.”

We were the first footprints on this continent.

That is our heritage.

A thousand boarding school nuns can’t beat that out of us or cut it out as our braided hair hit the school floor.

We are as different from the white race as Oriental is from African.

Being different doesn’t make us less. We are equal as anyone. Yet we are Indian.

“We are Native American.”

No clothing or schooling or place of residence will ever take that away.

My people’s blood seeped back into Mother Earth in 1863 at the Battle of Bear River.

My grandmother’s eyes saw the death of her father, the chief, on that day —

That is what makes me who I am today. Nothing will ever take it away!

After an exhaustive search for “excellence” of one sort or another by
our uniquely cultured, uninhibitedly eclectic, and yet tastefully, refined
staff, we have determined, quite subjectively, that:

that deserves a place in our 1998 home page phone card series.

Your enterprise and its Home Page will become etched forever in the still
embryonic history of the Internet. You will set yourself apart from the
quagmire of mediocrity so soon evident to anyone cruising the Cyber Highway.

Collectible Art Phone Cards that can be used to call from anywhere to
anywhere, defining your web presence in an historically singular event.

These are Walking, Talking Billboards, (which is what Pre-Paid Phone
Cards have been dubbed) with illustrative graphics

SHOUTING the existence of your Home Page and of your enterprise.

Home Pages with significant Web traffic or potential off-line
distribution sites will be included in the series which will be
promoted on a world-wide basis. Only a select few aesthetically
pleasing and demographically significant Home Pages are being considered
for this series which will include just one hundred of the 30 Million
Web Sites vying for attention.

As part of our program our Web Site will provide a valuable link to
yours with a click option next to your card’s image on our Web Page.
It’s as though you are being offered a winning lottery ticket because of

the great job you did on your site.

Journalists everywhere will love this story and so will you.

“Be sure to visit Star Telecom Network where you can see and purchase
the hottest phone cards in the world.” “TO ORDER:

Star Telecom Network, Inc. has created a valuable, unusual, and most
creative Internet Based Series of Pre-Paid Premium Long Distance Phone
Cards, graphically accenting the diversity and beauty of the most important
communications tool in man’s history:

We are proud to be represented in this Limited Collection which you will
find fascinating to accumulate and use for a lifetime. It is the first
and only Home Page Phone Card Series.Visit the Star Telecom Network Site where you can see it all, including our
entry, and order on line or through their toll free service. This
assemblage is one of a kind, combining art and a new form of currency.
Because of its relative scarcity, and artistic significance, its future
value could well exceed its current cost, even after extensive Long
Distance usage.”