This sublist includes indigenous peoples of Russia which are titular nations, i.e., peoples who gave rise to the names of national entities: independent states or autonomous areas.

This small republic has a relatively large number of ethnic groups and languages. According to a 2000 decree of the government of Russian Federation,[1] Dagestan was supposed to compile its own list of small-numbered indigenous peoples, to be included in the overall list of minor indigenous peoples of Russia. The peoples below do not fall under the criteria of the decree.

Classifying the diverse population by language, it includes speakers of the following language families (number of speakers reflect the 2002 Russian census):

Simplified, the indigenous peoples of Siberia listed above can be put into four groups,

Altaic has not been proven to be a language family, a phylogenetic unit. It may be a Sprachbund. Paleosiberian is simply a geographic term of convenience. Here, these two terms are listed just to serve as portal-like starting points – without suggesting genetic considerations. 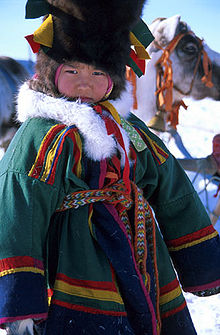 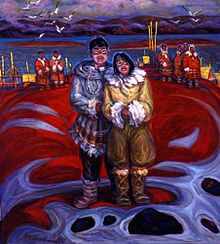