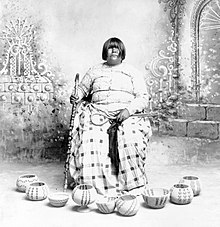 Tah-hoe (Ta’-ho’) is some Indians’ pronunciation of their name for the beautiful lake that forms twenty-one miles of the boundary between California and Nevada. Mark Twain wrote of it when he was there: ‘We plodded on, and at last the lake burst upon us, a noble sheet of blue water…walled in by a rim of snow-clad peaks that towered aloft full 3,000 feet higher still.”

The cave mentioned in the second story is on the shore near present-day Glenbrook, Nevada.

Long, long ago, our people used to say, Lake Tahoe was the home of the water babies. If they wanted to cross the lake or fish in the lake, they had to prepare by making a basket sealed well with pitch. In it, they put corn, bread, and pine nuts. After each basket was full, the owners would put the cover on it and sink it in the lake.

In Lake Tahoe stood a tall pine tree with a mass of large branches at its top. In these branches was the nest of an enormous bird that ate human beings. The bird’s winter home was a cave on the east shore of the lake.

One day it carried a man into its nest and left him sitting there while it ate. The man covered his head with his blanket made of rabbit skin and peered out through the holes in it. Each time the giant bird took a bite, the man could see into its huge mouth and down into its gullet. He threw an arrowpoint into the bird’s mouth, and the bird swallowed it along with the meat it was chewing The arrowpoint was made from some kind of volcanic rock that is poisonous.

Repeatedly, the man threw an arrowpoint into the bird’s mouth. Soon it began to tremble, and in a short time it died from the poison of the arrowpoints.

Then the man cut off the bird’s wings and tied them together. He climbed down the tree, placed the huge wings on the water like a boat, and sat on them. The wind soon after carried him to the other shore of Lake Tahoe.